The U.S. Hispanic Buying Power is $1.7 billion!–Larger than the Gross Domestic Product of Mexico! The U.S. Hispanic Market buying power makes it one of the top twenty economies in the world. What is exciting about it is that marketers can tap into this growing profitable market.

New York is the epicenter between Americans and Latin America. A spurt in the number of Hispanic New Yorkers helped push the city’s population to nearly 8.4 million last year making it the number one center of Latino US population—followed by Los Angeles, CA with 3.8 million, Chicago with 2.9 million and so on. Miami, you would be surprised, is not at the top of the leading population centers. 46.9 Million is the total Hispanic US population, making it the largest ethnic group in the U.S.—and, as of 2009, it ranks 2nd in size of the U.S. Hispanic population, worldwide.

It is common to see U.S. businesses making negotiations with Latin America on a daily basis, and this continues to rise (especially after the free trade treaty agreements that The United States entered with Mexico and Canada back in 1994 called NAFTA , and with Dominican Republic and Central America most recently in  2012 called CAFTA. 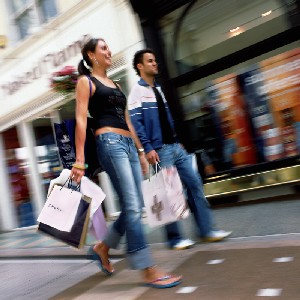 The potential:
Hispanic Buying Power is $1.7 billion!–Larger than the Gross Domestic Product of Mexico! American businesses know this and are keen to reach the U.S Hispanic businesses and consumers. The Hispanic expenditure value of consumers in the USA is higher than any other you would find in a Latin American country.

The majority of U.S. Hispanic culture, in its majority, are not culture-conscious about saving, as Americans do, so even in a tide economy, Hispanics do spend more on goods and services. Therefore, American businesses are willing to allocate higher budgets to their off and online campaigns to target Latinos. The gain in profit for an agency that provides Hispanic advertising to US Business is higher than the one you would find in low-cost countries. 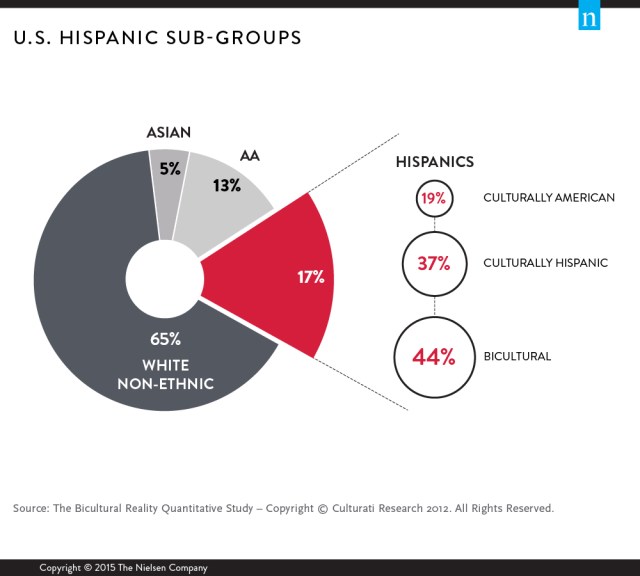 With the recent launch of the Nielsen-Culturati Hispanic Panel Segmentation, marketers will now be able to track brand results by bicultural and other key Hispanic segments and identify key growth opportunities. Hispanic measurement can finally be extended beyond just language and demographics as it has been for years, but now marketers can look at this date and incorporates consumer behavior factors such as values and attitudes within the sub-groups. Monica Gil, SVP and General Manager of Multicultural Growth and Strategy at Nielsen said. “With this, marketers will be able to maximize their Hispanic marketing investments by developing the right marketing plans, in-store programs, and communications strategies.”

With the Nielsen’s Hispanic Household Panel, four key attitude-based segments will be used to help marketers gain a deeper understanding of today’s U.S. Hispanic reality. These four segments include:

Latinistas (culturally Hispanic) who are very traditional and Hispanic-centered, as well as the least, focused on blending cultures. One-third of Latinistas are second and third generation and more than half prefer to speak Spanish but can use English if needed.

Heritage Keepers (bicultural) who, while somewhat progressive, are Hispanic-centered and focused on preserving their heritage. Most (86%) Heritage Keepers are first generation Hispanics and prefer to speak in Spanish.

Ameri-Fans (culturally American) who are progressive with a diluted Hispanic heritage, and are closest to the average mainstream consumer. The majority (82%) is second or third generation and prefers to speak in English.

The dollar is down and the euro value has moved up significantly. Many talented and well-educated people in New York are okay with a modest salary. In addition, the job market value for Internet marketing jobs in the U.S has decreased in the last 2 years (not for managers), but due to the rise of SEOs and social media newbies that have joined the market where, intern, salaries have decreased in these fields. This has devalued the online marketing field resulting in lower salaries.

For example,  in 2007, the salary for a link-building person was about $800 a week, now it ranges bet. $250 to $500 per week (that is about 198 euros to 396 euros per week). The monthly salary for an SEO Expert was $5k, and now there are shady SEO services that alleged offering the same service automated for $19.99 a month. This practice has affected professional online markers, and have clients discontent, therefore the perception of the online marketing professional field has suffered considerably. 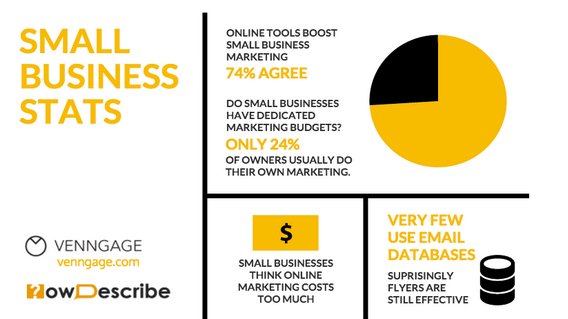