Baidu, China’s search engine and recognized by Forbes on World’s Most Innovative Companies List has opened its machine learning tools to the Internet’s AI community following in the steps of other Microsoft, Google and Facebook.

Andrew Ng, Chief Scientist at Baidu is also the former inventor of Google’s RankBrain. Baidu’s version of Rankbrain is called PaddlePaddle and the big claim is that it’s easier to use than rival Google.

For more than a decade, Baidu has been the top provider of search for China’s Internet population. Now Chief Executive Officer Robin Li‘s top priority has shifted to online-to-offline services and connecting Baidu’s millions of users to businesses around world. But what’s most interesting is that much of the research for Baidu’s future is actually not done in Beijing but in Silicon Valley, right in Google’s backyard.

The Search AI tool is called PaddlePaddle is now open source. Baidu says that the advantages the tool has over its western rival is its simplicity, calming that is more approachable for new comers.

Xu Wei, leader Of the PaddlePaddle development team said that before wide adoption of the product can happened engineers and developers need to have an easy to use framework. Adding that an example of this its its kit tool machine translation which requires less than 25 percents of the coding of its rivals.

Baidu’s code, called Warp-CTC, is essentially an improved implementation of a deep-learning algorithm developed some time ago that’s been designed to run very quickly on the latest computer chips. A startup called Nervana, which offers a deep-learning framework to companies that cannot or do not want to develop their own, is already using Warp-CTC as part of its technology.

Called Baidu Venture, the new company will focus on early-stage projects in artificial intelligence and other next-generation technologies, such as augmented reality and virtual reality, according to a statement from Nasdaq-listed Baidu.

In the recent Baidu World Conference, which is the company’s annual biggest event to showcase its latest technology, Li again stressed the importance of AI.

“Artificial intelligence is the next big development in the internet industry, which is the core of Baidu. We have made a great effort in developing this technology over the past five to six years,” he said.

Many of the areas Baidu is betting on, such as driverless car and Duer, a Siri-like voice assistant, all depend on the development of AI. 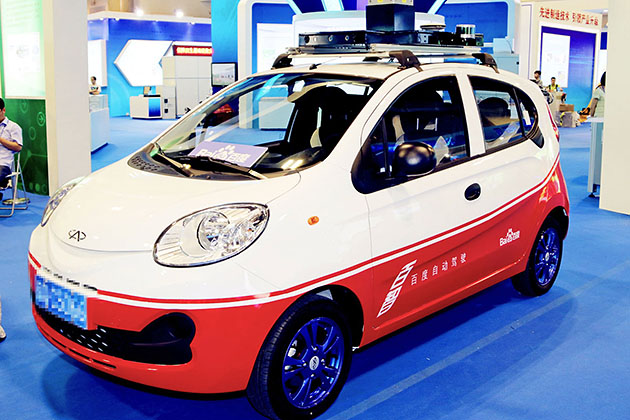 The move by tech companies who make complex IA programs available to the public is to shape the development of a rapidly growing field while still allowing the firm’s to find new talents.

For full documentation go to https://github.com/baidu/Paddle